FCC Group returned to profit in 2017

FCC Group returned to profit in 2017 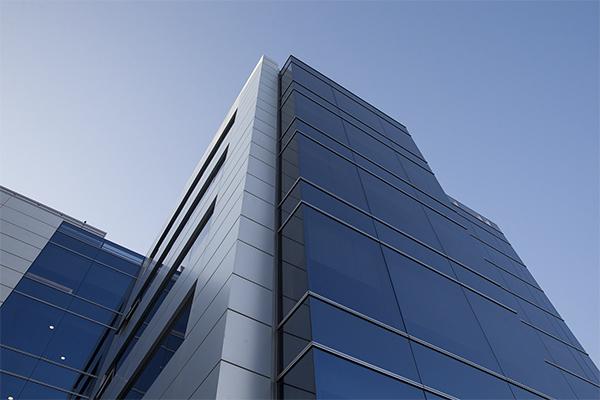 Consolidated revenues amounted to €5,802 million, 2.5% less than in 2016, as a result mainly of deconsolidating the US cement business on 1 November 2016 and, to a lesser extent, of the euro's strength against many of the currencies in which the Group operates. Adjusting for both effects, the FCC Group's revenues would have increased by 1.6% with respect to 2016.

EBITDA declined by -2.2% to €815.4 million in 2017. Adjusting for the effects referred to under consolidated revenues, EBITDA would have increased by 2.7%. The consolidated EBITDA margin increased to 14.1% due to higher operating profitability, synergies, and the outcome of measures adopted to increase productivity.

The Environmental Services and End-to-End Water Management areas represented 81.8% of Group EBITDA in 2017, while infrastructure construction, building and other lesser activities accounted for the other 18.2%.

FCC Aqualia repurchases 49% of its Czech Republic subsidiary from Mitsui

In November, FCC Aqualia reached an agreement with Mitsui to repurchase a 49% stake in the company that heads its water business in the Czech Republic for €92.5 million, thereby recovering 100% of that business and, indirectly, of its Czech subsidiary, SmVak.

FCC Aqualia, the company that heads the Water division, was named Water Company of the Year 2017 last December by prestigious iAgua magazine. Aqualia was also the winner in five other categories.

In December, the city of Houston, Texas, awarded FCC Environmental Services a contract to design, build and operate a recycling plant; the 15-year contract, with scope for a 5-year extension, represents a backlog of USD 250 million; the plant will initially be able to process 120,000 tons per year. The deal further expands the company's footprint in the US, where revenues increased by 66.9% in 2017. Additionally, the Dallas plant, which is operational, was named Recycling Facility of the Year by the US National Waste & Recycling Association (NWRA).

Also notable was the entry into service in 2017 of the company's ninth energy-from-waste facility; managed by Mercia Waste Management, which is owned 50% by the FCC Group, the plant processes waste from Worcestershire and Herefordshire (UK).

FCC Construction ends 2017 with 7.2% growth in the overall backlog

At the end of 2017, the Group's Construction area had an aggregate attributable backlog amounting to €4,935.3 million (€4,299.9 in consolidated terms plus €635.4 million attributable in other contracts not reflected in consolidated revenues). This increase was due notably to: (i) upgrade work on three sections of railway line in Transylvania (Romania), worth €599 million attributable to FCC; the work is to be completed in 36 months and establishes Romania as one of FCC's main markets in this business; and (ii) the adjudication to a consortium headed by Grupo Carso, in which FCC has a 14.3% stake,  of a contract to build the terminal building at Mexico City's new international airport; the 44-month contract is worth over €3,900 million in total.

The backlog does not yet reflect the Corredor de las Playas I (Panama) contract, awarded in November to a consortium involving the company that heads the Construction division; the 20-month contract, in which the budget attributable to FCC Construction amounts to USD 266 million, is to expand a section of the Inter-American Highway.

The novation of the conditions governing FCC, S.A.'s syndicated loan came into force on 8 June 2017; this is a milestone in the process of optimising the Group's finances and had an immediate positive impact on cash flow. The refinancing agreement was completed with the early repayment of €1,069 million of existing borrowings using the funds obtained from two corporate bond issues by FCC Aqualia, S.A. in the international market. The bonds, with nominal amounts of €700 million and €650 million, mature in 2022 and 2027, respectively, and pay coupons of 2% on average.