FCC improves its net attributable profit by 43.9% in the first quarter of 2019, reaching 72.4 million euros

FCC improves its net attributable profit by 43.9% in the first quarter of 2019, reaching 72.4 million euros 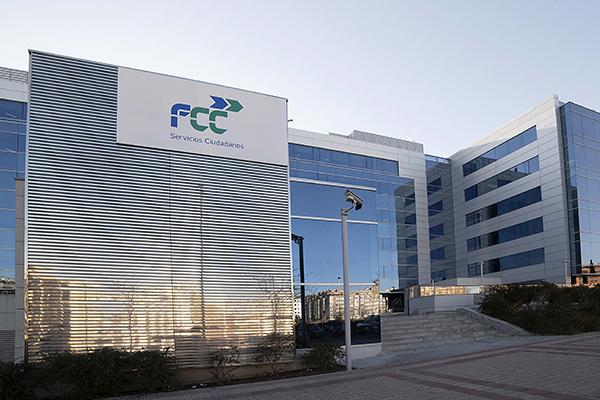 Net attributable profit in the first quarter of the year amounted to 72.4 million euros, 43.9% higher than the 50.3 million euros of the previous year, largely due to the reduction in financial expenses and the greater contribution from investees and associates.

Revenues also increased in the first quarter of the year versus the same period last year. FCC closed with revenue of 1,437.7 million euros, 7.9% higher than in 2018. This increase occurred in all areas of activity, with Cement and Construction accounting for the largest share, with increases of over 10%.

The good Ebitda performance in this period of the year is based on the increase in revenues generated in all areas of the Group's activity, 207.8 million euros at the end of the first quarter of the year, 4.1% more than in 2018, with an Ebitda margin of 14.5%.

With regard to Ebitda progress by business area, the activities related to utilities, environment (49.1%) and water (28.3%) in total generated 77.4% of consolidated Ebitda in the first quarter of 2019; Construction with Ebitda of 10.9% and Cement of 7.2% are noteworthy for their greater contribution to the Group.

Net financial debt closed the first quarter at 2,805.1 million euros, with a slight increase of 4.2% compared to December 2018, but with a substantial decrease of 25.8% in year-on-year terms, which explains the reduction in financial expenses for the period.

The Group's equity increased by 11.4% at the end of March compared to the end of last year, reaching 2,181.4 million euros.

FCC Environment, the parent company of the Environmental Services area in the United Kingdom, and Copenhagen Infrastructure Partners (CIP) fund, owning 60% and 40%, respectively, signed a deal to develop and operate an energy-from-waste plant in Lostock, in Northwest England. The project represents an investment of £480 million and, once it is operational, it will be one of Europe's largest energy-from-waste plants.

The UAE subsidiary of FCC Aqualia, the parent company of the Water division, has obtained the contract for operation and maintenance (O&M) of the wastewater system in the city of Abu Dhabi and in the adjacent islands of Al Reem, Al Maryah and Al Saadiyat, which is worth a total of €40 million. Additionally, the client administration has renewed the sanitation contract for the city of Al Ain, in the east of the Emirates, for seven years, representing €60 million in revenues.

As a result, Aqualia's contracts in the Arabian Peninsula (Saudi Arabia, UAE, Qatar and Oman) amount to over €600 million. The projects, which are mostly medium- and long-term concessions, reflect the growing success and acceptance of the public-private partnership (P3) model for developing and operating essential infrastructure in the region, where the company serves a total of 6 million people.

In the first quarter of the year, the Group's Construction division increased intake of new projects by close to €300 million, including refurbishment of Plaza España, in downtown Madrid, and the construction of a new data centre. As a result, the area's backlog increased to €4,587.2 million at the end of March (+1.6% vs. December 2018).

Enhanced position in the US, supported by Environmental Services

Palm Beach Country (Florida) has awarded FCC Environmental Services, the parent company of the Environment division in the United States, a municipal solid waste collection contract worth $215 million which runs for 7 years from 1 October 2019. FCC will deliver the service using a fleet of 108 vehicles, including 90 garbage trucks and a range of light vehicles.

FCC already has a sizeable footprint in Florida, as it has three other contracts in Orlando (Orange County) and Lakeland (Polk County). FCC's backlog in municipal services in the US, which also includes ten contracts in Texas, amounts to $1,100 million, and it serves a total population of 8 million.

FCC Board of Directors proposes shareholders adopt flexible dividend equivalent to €0.4 per share

In March, the Board of Directors of FCC referred a proposal to establish a flexible dividend to the Shareholders' Meeting, scheduled for 8 May. The proposal, to be executed by the Board, represents the resumption of shareholder remuneration, which was interrupted in 2013. It offers the option to receive the dividend, amounting to €0.4 per share, in newly-issued shares or in cash. Shareholders may also elect to receive a combination of stock and cash in any proportion.

FCC has been included in the prestigious FTSE4Good index, which is reviewed every six months, in recognition of its outstanding performance in environmental, social and governance (ESG) practices. The index is used by many investors to make sustainable investing decisions.